Principal Social Worker of the Year 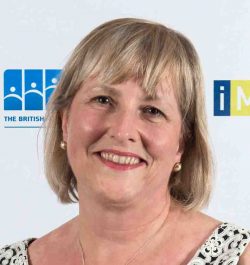 After 31 years, Margaret’s passion for her profession remains unshakeable. She has embraced changes in social work practice, motivated and enthused staff at all levels and puts service users and carers at the heart of her work.

She was appointed as the Lead Manager in Adult Social Care and Principal Social Worker in Gateshead in 2013. Margaret works alongside her 122-strong team, ensuring she is part of social work practice every day.

Margaret has a keen interest in carers and older people living with dementia, consistently championing their rights and giving them a voice. She also co-chairs Gateshead’s Older People and Carers Partnerships.

In her commitment to improve the quality of care for service users, Margaret has developed new standards for adult social care and carers, set up a social work reform task group and developed outcome-based care and support plans. She has also helped to develop relations between senior managers and frontline social workers.

Additionally, Margaret actively promotes the benefits of the Principal Social Worker role to other local authorities, using Gateshead as a model of practice. She also works with local universities and the authority’s training team to support the continued development of staff and future social workers.

It is of great comfort to me to have someone of Margaret's experience, expertise and dedication supporting me in my role. She is an inspiration and has a genuine desire to ensure the best possible outcomes for the people in our community.

Margaret’s energy and commitment to service users, carers and her staff appears boundless and this award could not be more deserved.

Margaret has clearly embraced the role and responsibilities of Principal Social Worker and is working incredibly hard to make a difference to her team and their service users.

A credit to the profession and to Gateshead is how I would describe Margaret. Her core social work values of respect, dignity, valuing diversity and a commitment to social justice are evident throughout her approach to social care.