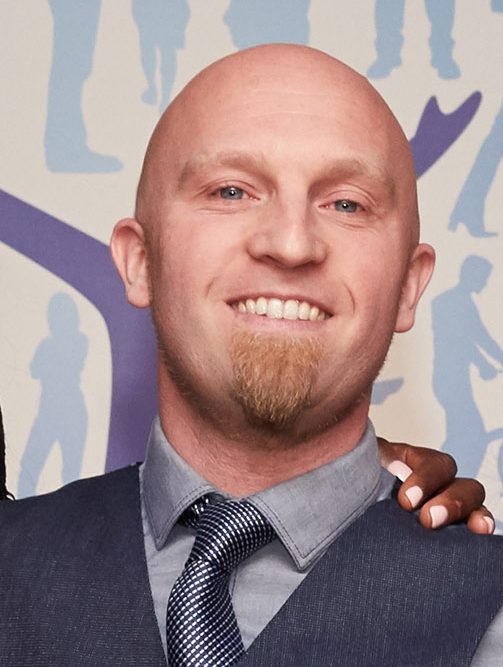 Dean stood out to the judges as someone who is “tenacious, creative and passionate”.

He was nominated for his astounding work with a terminally ill woman from Africa and her seven-year-old child, who were placed in Sheffield by the National Asylum Support Service.

Dean worked tirelessly to overcome the challenges he faced in securing adequate housing and support services for the family. He visited the mother in hospital many times, and assisted her to write a will expressing her last wishes and a goodbye letter to her child two days before she died, as well as helping to arrange the funeral. He did all this alongside providing emotional support to the child and navigating them through loss, a court order and care proceedings.

The judge in the case praised Dean’s work, and his manager said that in her career she had “never seen a social worker have such a positive impact as on the case described within this nomination”. She recalled how at the mother’s funeral, the first thing the child did was run to Dean and jump into his arms, which she said was “powerful evidence” of all he had achieved.

Dean has a very busy mixed case load and has used a wide range of approaches. Something really stood out about him. Used his pre-qualifying experience, grew during his qualifying period and then really moved on.

Dean stood out as someone who is tenacious, creative and passionate in his work.”

Dean has gone above and beyond to ensure children have a ‘rolls royce’ service from him, and all services working with them. He has fought for them and achieved more than I thought could be possible given the climate of cuts and case-loads. By using his assertiveness, knowledge and friendly persuasion, the impact Dean has made on children’s lives is profound.

I would say from a Foster Carers perspective that it’s rare to come across social workers like this and this family have been really lucky to have him on their side. He has worked hard for them and at times has been a tower of strength. I know that the little child thinks highly of him.