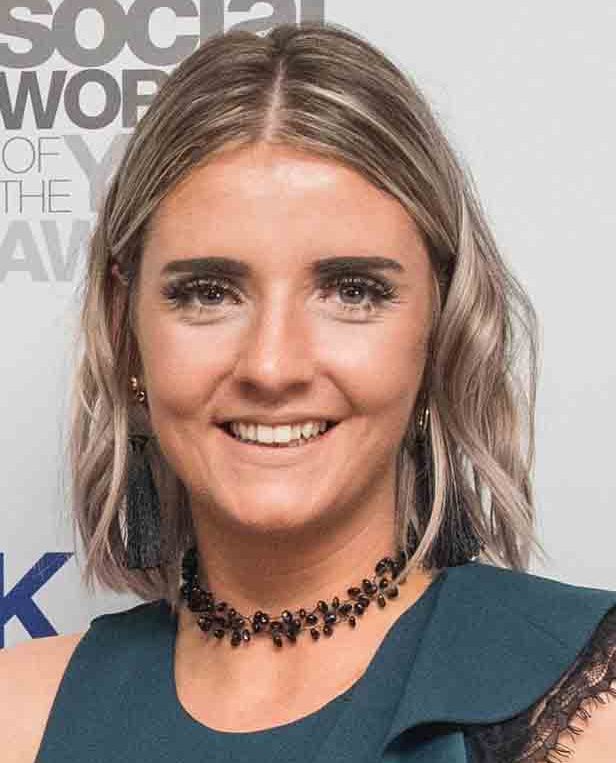 Zoe Williamson has only been a qualified social worker for five years, but she has already made a considerable difference to the lives of people with mental health difficulties.

Zoe joined Northumberland Council’s children’s services department in 2013, where she completed her assessed and supported year in employment and demonstrated confidence in handling complex cases and court work. Three years later, she moved to a hospital discharge team within Northumbria Healthcare NHS Foundation Trust – a role that sparked her interest in working with mental health cases. She joined the mental health team in March 2017 and currently works in psychiatric hospitals, supporting patient discharge.

Zoe’s colleagues described her as an “absolute asset” to the team and a social worker who is “doggedly person-centred”, with remarkable communication skills and resilience in crisis situations. The positive impact she has had was evident in the testimonials from service users, with one young person saying: “I would not be alive to this day if it wasn’t for Zoe, I am forever grateful, I wouldn’t want anyone else as my social worker.”

The judges said they felt moved by Zoe’s nomination, adding that the words of this young person “spoke volumes about Zoe’s care, compassion, honesty and positive focus”.

WHAT WAS SAID ABOUT ZOE:

Zoe is clearly valued by her colleagues and the quality of her approach to her work is well evidenced. She is an asset to the service and as she gains further in experience will offer much to service users and colleagues alike.

I found Zoe to be extremely professional, organised and supportive and could not recommend her highly enough. This is not something I would say lightly.

“She makes me feel better when things get on top of me and I feel like there’s no way out. I’ve only known her since just before I turned 18 but she makes me feel so comfortable around her and is honest which I like because she’s so trustworthy. She is the kindest person and always goes above and beyond to help anyone, absolute heart of gold.”

Zoe is a natural leader, whom others seek to emulate. Her style of working is always impeccably professional but with a warmth and empathy which make her very approachable.