Children’s Social Worker of the Year 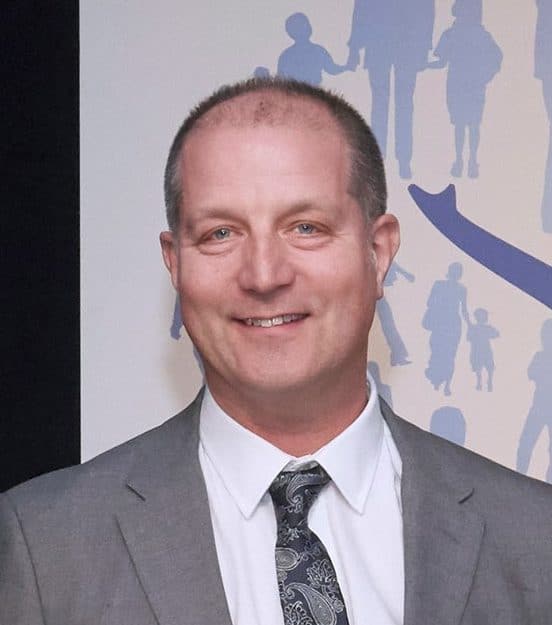 A practitioner with more than 30 years’ experience, Chris’ social care career began in 1985 when he started work as a youth worker, organising and developing community projects in South Manchester. He qualified as a social worker in 1990, and worked for two years in Manchester’s children’s services, before spending the next six in Macclesfield.

Chris has spent the last 20 years working as a children’s services practitioner at the NSPCC service in Stoke-on-Trent, where he specialises in supporting young people who have been traumatised by sexual abuse. He was praised by colleagues as having an “ultimate skill” in being able to make meaningful connections with children and young people, “helping them to believe that they are being listened to and are understood”.

This was reflected in the moving testimonials submitted with Chris’ nomination, where young people described him as a social worker who has helped them to feel supported, less alone and find light at the end of the tunnel. He really stood out as a practitioner who is consistently committed to developing his practice for the benefit of those he works with.

A highly skilled person who needs to be duplicated for all young people. Young people’s mental health needs skilled practitioners like Chris to make differences.

Chris is clearly devoted and very dedicated to improving the life of children and young people. He certainly is passionate, devoted and very skilled. He will take any chance to develop and improve.

When I felt confused and anxious, Chris was there to talk to. When I lost my temper, he gave me the space I needed to calm down. When I pushed everyone away, he helped me understand why. When I needed to talk, he listened. When I needed to be silent, he waited.

Chris is unstoppable in his quest to put children first. He constantly finds ways to empower the young people he works with over and above the Letting the Future In therapeutic service he provides. He is a wonderful role model for his colleagues and for the children he works with in the way he continues to learn and develop.